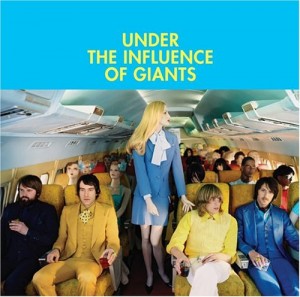 I read a great piece recently by my friend Lisa Petrilli on Influence vs Empowerment. She raised some excellent points about the differences between the two and, more importantly, the effectiveness of the two. And in a pure social/commercial market, her points were dead on.

One of the more interesting notes in her post was the result of research by Steve Knox, CEO of Proctor and Gamble’s WOM Unit Tremor. They found that rather than “influencers” in any given market, there were actually “connectors” – people who linked people and ideas together (perhaps a much better, or accurate, description of influence!).

But in the world of Analysts and Analysts Relations, all too often the word “influence” is the yardstick by which people, initiatives and, ultimately corporate value, are measured: How much “influence” over a particular market, or a group of analysts or a group of [pick any category that involves at least one person who buys anything] does an individual actually have, and how can they improve that.

So with a tip of the hat to Lisa and the work of Steve Knox and the team at Tremor, I think that there are some very distinct ways that we can alter/change/improve the way that we “connect” people and ideas together with the ultimate goal of shaping (influencing) an analysts decision to recommend a product, or ultimately (and perhaps directly) a consumer’s decision to purchase a product, in favor of another vendor’s product. Ideally, this influence should be subtle enough to allow the analyst or consumer to feel that they have made the correct choice themselves, as a result of their own empowerment and selection process.

Here are a few things to think about – questions that are worth answering as we begin to consider just how much influence vs “connective ability” Analysts and Analyst Relations people actually have, and how they can improve it:

Note: Image courtesy of the band Under the Influence of Giants self-titled album released 2006 on Island Records