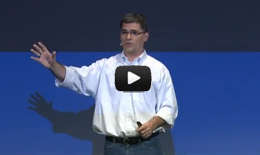 I recently had the pleasure of speaking at the #140MTL State of Now conference, on May 15th, 2012, in Montreal, Quebec. It was a fantastic event, with some great speakers and wonderful attendees.

As part of the event, I had the opportunity to discuss a few concepts that are helping to shape global events and trends, and how we interpret them, including Pervasive Communications (see a great write up by Alan Berkson), Biological Big Data, and the value of ad hoc social interactions and the information¬Ýthey can reveal about each person’s unique, and contextual, perspective.

I hope some of these points resonate with you, and welcome your feedback and comments. This discussion is far from over.

I’ve always been fascinated by crowds — how they form, why they form, what influences them, and what, in turn, they have the ability to influence. I’ve also always tried to differentiate between crowds and communities, the latter being a more “refined” version of a crowd. Communities have purpose, and common bonds that bind the individuals together. So when I came across a couple of choice documentaries recently, that explored the nature, and science, of crowd/community behavior (and what it means as an individual within a crowd or community) the questions started flying. Fast.

I came across a brilliant documentary by Marcus du Sautoy, part of the BBC’s “The Code” series, in which he mathematically explains the amazing”Black Sun” murmurations that starlings form every year on their annual migration. Watching tens of thousands, perhaps a hundred thousand or more, fly in seemingly random, yet fluid, ever-changing pattern was both amazing to watch, but it also begged the question “how”? It turns out, as Marcus, explains, that you can mathematically recreate a murmuration of starlings with three basic rules: all birds should fly at approximately the same speed, they should stay close to their neighbors, and they should avoid predators (danger).

If you follow these three simple rules, it turns out that each starling need only keep track of (be influenced by) their seven closest neighbors. And those seven neighbors are constantly changing as the murmuration morphs in flight.

Might not the same basic rules apply to human behavior and individuals within a community or crowd?

After watching the BBC documentary, I stumbled across a great show on the Discovery Channel – Head Games. In this particular episode, they were delving into the nature of human conformity – could they make people conform to a belief or behavior that they inherently knew was wrong or incorrect?

During their experiments, they were able to convince a group of individuals that a snake was sitting high up in a tree — so much so that these individuals went on to convince others that there was indeed a snake in the tree. They described its shape, its color, its movements. But there was no snake.

During a second test, they were able to get a group of people to follow a red line through a museum — even though the red line took them away from the main exhibits (at one point having them actually walk in a circle around a pole).

After digging a bit deeper, I came across a study referenced in Science Daily that demonstrated an innate predisposition in humans to need to conform, as well as a predisposition in certain people (based on the size of certain regions of the brain) to have a higher-than-normal tendency to need to conform. To belong. To be safe. In other words, to not stand out or put themselves at risk.

After viewing the videos, digging deeper into the “conformity predisposition” and tossing the ideas about, a series of questions began to take shape…

If you have any answers, I’d love to hear them. Let’s compare some notes. I’m far from done with this subject.

When you craft a message, you generally have a target, or audience, in mind. You probably also have an agenda, or goal, that you wish to achieve, such as awareness, education or a call to action. And both the message and the agenda are typically driven by both your own ideas and those embraced by your target audience. Your message must match your audience, or it‚Äôs difficult for them to embrace it.

If all works well, your message is received by your audience and your agenda and goals met by their actions and response. But we live in the age of pervasive communications where your message has the ability to go viral, to spread like wildfire around the globe ‚Äì not just through one medium, but through many. It may be shared on dozens of different ‚Äúnew media‚Äù social networking sites, it may be emailed around the world, it may even be featured (or the viral spread of it) in traditional media (broadcast, print) or their online hybrid counterparts (tra-digital media).

“Reaching an audience beyond your intended audience has consequences‚Äù

In the end, your carefully crafted message goes well beyond your target market and reaches a much larger group of people that you never intended to be part of your audience. If you are trying to build/energize a community, you may find yourself with a mob, on a global scale.

Take the case of the Kony 2012 campaign. It‚Äôs a documentary film about Joseph Kony and his Lord‚Äôs Liberation Army (if you haven’t seen it, you should). Starting in Northern Uganda, Kony (a man¬Ý indicted for war crimes by the International Criminal Court) has, over a period close to 30 years, maimed, killed and enslaved children (some put the estimate at 66,000) into military service to support his cause. His reign of terror has moved well beyond the Ugandan borders into the Democratic Republic of Congo, the Central African Republic, and the South Sudan.

The documentary was created by the Invisible Children organization with what appears to be all the right intent, including a humanitarian agenda, a desire to raise awareness of, and funding for, those who suffered at Kony‚Äôs hands, and to ensure (from the Kony 2012 website):

The target audience of the documentary, as evidenced by both the narrative and the logo (featuring the U.S. Republican and Democrat symbols), are centered in the U.S. and the political arena. And within that target, it had its desired result. But it didn‚Äôt end there.

IT’S CALLED VIRAL FOR A REASON

This documentary, and the horrific crimes it highlighted, hit such a sensitive nerve with people (within its intended audience) that they leveraged pervasive communications to do what humans have always done since the beginning of time: THEY SHARED!

What started as a focused, but relatively unknown movement, went viral as the Kony 2012 documentary began to spread throughout the U.S. and the world. The Twitter hashtag #kony2012, for example, became a top trending item on Twitter at the peak of the viral distribution while Facebook showed an equally amazing number of shares and likes for the documentary (not to mention the publicity and momentum it gathered when national and international traditional media outlets began reporting on the viral spread of the documentary). In the process, it gained a level of global fame well beyond the producer‚Äôs original expectation as well as a global audience that didn‚Äôt fit the ‚Äútarget profile‚Äù of its original audience.

The result? A response that the producers were unprepared to handle (or at least well beyond what they expected to have to deal with). With increased awareness came both massive support (good) and increased scrutiny and negative pressure (bad). They also faced a global audience that was viewing a documentary film that wasn‚Äôt intended for them in the first place (including those in Northern Uganda). Yes, it was intended to help them, but culturally, it wasn‚Äôt intended for them to consume.

The western-oriented message simply didn‚Äôt fit the various non-western cultures that had access to the Kony 2012 campaign through its viral spread. While it has done a tremendous job at raising both awareness and funds to help Kony/LRA victims, it also became, for many, the wrong message for the wrong people, leading to questions about intent, accuracy and a resulting impact that was very different from the original, anticipated goal. 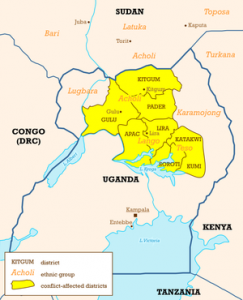 What started as a unified U.S. base of positive support has also led (through increased scrutiny) to those (and it is their right) who claim it oversimplifies a very complex issue, and takes mind-share away from other, more pressing problems that Ugandans, and others in Africa, face today, such as the debilitating nodding disease that is striking an alarming number of children in Uganda and the ongoing slave trade in Mauritania. ¬Ý

It has also had a direct, non-desirable, impact, and intrusion, into the personal lives of those involved in the creation of the documentary.

THE IMPACT OF PERVASIVE COMMUNICATIONS

This phenomenon will likely become increasingly common ‚Äì especially when the primary means of distribution is social media ‚Äì a content distribution & sharing medium that by its definition and role in pervasive communications knows no borders. None.

If an idea, a documentary, or a story has the ability to generate a massive emotional response (either positive or negative), pervasive communications allows it to spread – to go viral -and there isn‚Äôt any way to stop it (again, this includes traditional mainstream media, digital/social media and tra-digital media). If the consequences of this viral spread are unanticipated, what begins as a proactive messaging activity can quickly become a reactive damage control operation.

What does this mean for cause-based content in the future? Ultimately, it places a much greater responsibility on choosing the ‚Äúright‚Äù channel(s) within our pervasive communications network, as well as crafting messages that are either by their nature self-limiting or have universal appeal. The case could also be made for non-cause (i.e., commercial) content as well – pervasive communications doesn’t discriminate in its ability to impact a message, regardless of media.

Either way, what the Kony 2012 phenomenon has shown us is that the rules of content distribution that applied only a few short years ago no longer apply. It is a different world that we live in today, and we‚Äôre only just now beginning to understand the rules. 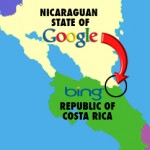 Are we Outsourcing Common Sense to the Internet?