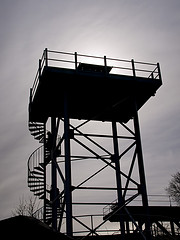 I’m going to get right to the point. Platforms don’t define communities, communities define platforms. And when platforms try to define a community, they almost always alienate the community, which, in turn, finds another venue on which to communicate. Simple? Yes. But, unfortunately, most social media “platforms” have yet to grasp this concept.

My colleague, Alan Berkson, recently wrote an excellent piece about Twitter and their disconnected view of themselves as a platform, questioning whether they really know what business there are in. He speculated that they don’t, and I tend to agree.

Twitter doesn’t understand the value of their own business. To paraphrase what Alan Berkson said in his post:

“Sipping from the stream can be both enlightening and refreshing. But Twitter doesn’t have to own the entire stream.”

Rather than realize that they are an enabler at the epicenter of one of the greatest ecosystems ever (See Nigel Cameron’s 10 Amazing Facts about Twitter), Twitter has instead focused on dominating and owning the ecosystem that made them what they are today. In doing so, they’ve limited the choices of their user community and consistently restricted the availability/utility of some amazing 3rd party “interface” and “partner” applications – a move that may be beneficial in the short-term, but will prove to be limiting in the long-term.

If I’m a member of Twitter’s ecosystem, I’m seriously rethinking my reliance on Twitter for my bread-and-butter money.

YOU DON’T OWN COMMUNITIES… THEY MERELY RENT YOUR SPACE

What many social media businesses haven’t yet grasped is that it isn’t about their venue, it’s about the communities that support them. I live in many different social venues, covering a wide range of topics, such as global events, business trends, government and law, science and technology and social advocacy. These, and many other collective communities, not only define the platforms they exist on, they ultimately become the basis for applications and value to exist.

“Social media is like a buffet. People don’t want to see the same food at every station.”

More importantly, communities often cross traditional “platforms” with ease. I belong to many groups who regularly communicate via multiple mediums, based on the type of discussions that are taking place. Part of the discussion may be held on Twitter, while other parts of it may take place on Facebook, Skype or Google Hangouts.  Each venue has its own value proposition, and none of them can emulate all others and still add targeted value.

DICTATE YOUR PLATFORM AND COMMUNITIES WILL MOVE ON

The beauty of social media is the variety it places in front of us. It can be a phenomenal research and discover tool, as well as a tremendous outreach, mobilization and engagement tool. But we always need to remember: