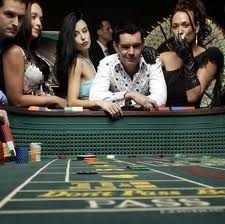 GAMIFICATION. I just love that word. Maybe it’s the similarity to the Red Hot Chili Pepper’s song “Californication”. Or maybe it’s the fact that while it isn’t one of the Seven Deadly Sins, it sure sounds like it belongs – especially the way it has become such a part of mainstream business culture today.

Unfortunately, as more and more businesses rely upon gaming models to drive up their user base and increase their revenue potential (leveraging social media, increased social collaboration and the proliferation of mobile devices), there is also a growing risk of these game-based business models being gamed themselves.

Let’s take a look at Foursquare as an example – how does somebody “game” a business model that is essentially built as a game? This question touches on two critical, yet very different, aspects of business gaming: gamification (the creation of a game) to drive business, and the devising of a way to “game” (or cheat) the game. And when I say cheat, we’re talking more than just counting cards in blackjack, a favorite game of mine, we’re talking aces up the sleeve at the poker table.

To encourage people to use Foursquare (and thus achieve the consumer-merchant connection), the company uses a process called gamification. Gamification is the application of a competitive game-like environment to a non-game business model that is competitive and offers rewards for those who play the game regularly.

“Gamification is a means to an end for a business, but often just a game for its users”

In this case, the Foursquare game is played by users, via a cell phone application, who “check in” to various merchants that they frequent, with the hopes of gaining discounts and special deals from the merchants.

To make the game interesting and competitive, Foursquare allows game players to earn badges and points for frequenting both new and previously visited merchants, locate/follow friends, broadcast their own check in locations and boast of achievements to their friends via social media (“I am the Mayor of Starbucks!”).

That is the gamification of Foursquare – leveraging a game-like system as a way for Foursquare, and their merchant partners, to drive business in a “fun” way.

Now to the issue of “gaming” Foursquare. When we talk of “gaming” a game (like Foursquare), we are essentially talking of a way to beat (or cheat) the system. People who “game” Foursquare are looking for ways to “win” without having to actually play the game on a competitive level with other players. The easiest way to do this is through checking in to merchant locations without actually physically being at the merchant location (they currently restrict check-ins to one per day per location, so sitting in a coffee shop and checking in every 5 minutes won’t get you any Foursquare points).

“Gaming the game is nothing more than cheating.”

Checking in to a remote location is fairly easy, especially if the user is using a cell phone with limited geo-location awareness – a critical point since Foursquare uses your cell phone’s “reported” location (a Location Based Service feature), via either GPS or cell-tower triangulation depending upon the phone, to find you and suggest nearby merchants. I stress the word reported since the accuracy of geo-location depends highly on both the cell phone manufacturer (who may restrict GPS usage to save battery life) or the service provider (who may not be able to accurately pinpoint a phone’s exact location due to cell tower locations).

Note: For an interesting take on Location Based Services, check out my friend Ray Wang’s excellent post on why he is checking out of location-based-services based on some serious privacy concerns. You can also check out some amazing statistics that Foursquare has gathered on its user base.

In the early days of Foursquare (yes, 2009 counts as the “early” days when they only had coverage in about a hundred cities), many cell phones had limited or no accurate geo-location system, making gaming the system much easier, since it was more difficult for Foursquare to accurately pinpoint your exact location.

NOTE: On a purely anecdotal note, I have a friend who pointed out that at one point during 2010, the “Mayorship” of their local coffee shop was suddenly dominated by a group of individuals that not only didn’t appear to be frequenting the shop, but based on their profiles appeared to be living in a different country at the time.

It wasn’t until the beginning of 2010 that Foursquare opened up the ability to check in anywhere on the globe and began to actively sign on big-name “partner” merchants (you can even create your own locations if they aren’t already mapped, with certain Foursquare “super users” having the ability to edit locations and self-correct/moderate the system).

“Want to check into a flight? Try Foursquare…”

But back to the “gaming issue: From my own personal experience, Foursquare (through my iPhone app) routinely offers up check in locations from over 20,000 meters away (~12.5 miles), including, interestingly, airline flights (with point credit!) both inside and outside the range of my local airport (I’m thinking “vertical” here?). With a 12.5 mile radius, I can check into almost anywhere in northern Virginia without getting up from my desk, and that is exactly what some people do.

So if you want to get kicked out of Foursquare (and be the Mayor of Nowhere), that is how you “game” the game of Foursquare.

Unfortunately, Foursquare isn’t alone in this situation. As I’ve delved deeper into gamification strategies and ways to leverage gaming to improve business models, I’ve come across some other potential cases of abuse. In one situation, I found what appeared to be a group of individuals collectively “upping their ranking” on a popular “Question & Answer” site – they (as a collective group) seemed to be voting up/down particular users or answers to questions – their own particular way of attempting to ensure that certain individuals “rise to the top” in terms of points, expertise, influence, clout, etc.

In theory, a group of people could create a multitude of alias accounts and very quickly game themselves to the elite list of community members. This would not be that difficult in an open social network where anybody can join and the business model requires that the number of users continues to rise to remain viable or profitable (perhaps an interesting comment on the value of focused or selected user groups?).

Interestingly, I’ve run into more than a few people (especially in the case of Foursquare) who say they aren’t “gaming” the system, they are just pushing the boundaries of the rules (or technical limitations) put in place by Foursquare. Their opinion is that if Foursquare wants to stop this type of abuse, change the system to actually require a person to physically check in (perhaps via Bluetooth?) to a device at the merchant location (while possible, this would be a financial disaster for Foursquare).

“For me, gaming the game to fix it is more fun than the game itself.”

None of this is to say that the use of gaming in business strategies is bad, or that there isn’t phenomenal value to adding a gaming component to areas such as marketing, consumer retention, or even collaborative problem solving (an area of personal interest). But what I do believe is that as we move into this area – fueled by the incredible development of technology and the willingness of consumers/users to participate in social games, we need to be diligent in making sure that the very gamification systems that we deploy aren’t being gamed themselves. That means devising gamification systems in such a way as to anticipate, and preclude (as much as possible), abuse of the system.

If you’ve seen this in your own experience, or have a thought on how to help improve the application of gaming into business models, drop a comment below and share it. Gamification has been around for years (just like the McDonald’s Monopoly Game), and isn’t likely to ever go away. The more we discuss this topic, the better prepared we will all be to leverage it for success.


To keep up with all my posts, you can subscribe to my Email feed or RSS feed.  If you found some value here, or have an opinion, leave me a comment or share this post with your friends and colleagues.

I appreciate your feedback, and thanks for reading – Fred.