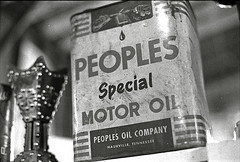 Being social takes work. Communicating across any social network brings with it a level of overhead, both in terms of time and learning. It doesn’t matter if that social network involves flying across the country to meet with somebody or sending out an “I’ve arrived” ping on FourSquare when you land half a world away. They all have overhead. You need to learn how to use the medium efficiently. And you need to learn how to deal with the increased number of social contacts that increased “efficiency” will bring with it.

While social communications channels can greatly expand our ability to reach an ever-increasing number of people, they can also, through their added overhead, bring with them the wrong type of friction and limit the number of networks that we can actually leverage to our advantage. In fact, it can become a very limiting factor in the number of social communications channels that we participate in at any given time.

Consider this. If I use a single social channel to regularly interact with 5 people (assuming they don’t know each other), the level of “channel” overhead is relatively low. I learn how to use the channel and I communicate.

At the end of the day, the more social communications channels that I utilize (and I’ll toss in email, SMS, my mobile phone and even that occasional hand-written letter – yes, I still write those), the fewer true intimate and personal relationships I can maintain. Overhead equates to unwanted friction.

As social communications channels grow in number and user adoption (yes, I know, I’m avoiding using the phrase “social media” because this isn’t about “social media”), my ability to reach an ever-expanding number of diverse people increases. And I consider this a good thing.

“With reduced friction, I can reach out more fluidly

to a larger number of people“

But to make it a great thing, I must overcome the learning curve of a new communications channel and decrease its overhead. Less overhead means the channel becomes increasingly frictionless. With reduced friction, I can reach out more fluidly to a larger number of people. Reducing friction requires one of two things: a user experience that is fundamentally intuitive (with an equally compelling/intuitive use case) or time to figure out how a system works. I prefer the former, but usually settle for the latter. I’m willing to do that because the more I can make a communications channel frictionless, the more likely I am to use it to explore the worlds around me.

As I reach out to a larger number of people, the number of diverse perspectives I have access to is amazing. With each perspective comes a unique experience and story. And with each unique story comes a new world of ideas and concepts upon which I can build, and expand, my own world. Over time, my world begins to look a lot less like my world, and a lot more like a melding of those that I touch. In return, the worlds that I touch begin to look a bit like me.

Every world that I look into won’t necessarily fit my perspective, or the rules which define it. There are many that don’t. But for each world that doesn’t mesh, I still learn a bit, and there are an almost endless (well, 7B and counting) number of perspectives that I can look at. And many of those will mesh, or connect, in some way with mine.

“The less friction there is to a communications channel into these worlds,

the greater the exchange of ideas”

It’s not uncommon for a conversation to start with a text message, move to a call on my mobile, shift to a video session (with a few other people tossed in for fun), then shift from a continuous form of communications to a discontinuous form (such as email) only to revive up again on yet another channel. I often respond to a text message with a Skype message, which is frequently responded to by a Direct Message on Twitter which leads to a shared post on Facebook.

THE VALUE OF FRICTIONLESS

Let’s shift our perspective here just a bit. Nothing today is truly frictionless. Friction and overhead still exist, and there is, in fact, value in a certain amount of friction as a filtering mechanism. But friction caused by overhead is usually a negative. Now, let’s apply that to you, your business, your professional life. Have you eliminated unnecessary friction in your communications? Do you even have a strategy to become as close to a frictionless state as possible? Some key steps to consider:

While we always need a bit of good friction in our lives, seeking to eliminate bad friction, and being as frictionless as possible – especially in our social communications – can be very rewarding.