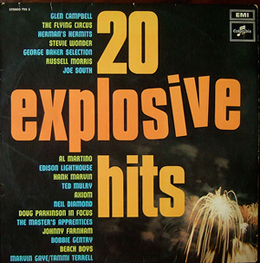 The words “Disruption” and “Innovation” have become lexicons of our current business vocabulary. But while they are closely linked, they are (as mentioned in my post Disruption and Innovation, Part I) two very different beasts.

Not surprisingly, I increasingly hear people speak of their organizations as being disruptive in a market, of having a disruptive strategy (that is often further described as being “innovative”).

Granted, there are some strategies that are, in and of themselves, true innovations that lead to the disruption of existing markets and the creation of new markets. For example, Ron Popeil’s televised take on the “But wait, there’s more!” product marketing strategy was arguably an innovation that created new markets, created market value that previously didn’t exist, and was ultimately disruptive to others.

By definition, a strategy is not the same as an innovation. But a strategy can be innovative, and it can also be disruptive, and there are no shortage of organizations out there today that love to talk about their disruptive strategies.

But is being disruptive in a market, or towards a competitor, a viable strategy? Is it sustainable? Or is it merely something that is best used in an opportunistic manner?

“Chaos cannot be controlled, but it can be leveraged.”

Personally, while I almost always caution clients against relying upon disrupting their competition, or a market, as a business strategy, there is a part of me that understands the value of leveraging an opportunity to disrupt the flow of a competitor.

How an organization attempts to disrupt its competition is often tempered by the depth of their pockets, the desperate nature of their situation or their willingness to push (or even outright cross) the lines of the law. But, putting aside graft and corruption, most organizations tend to gravitate to the same Seven Disruptive Sins when it comes to disrupting their competition.

I call them sins, for while they may have their virtues or desired effect, they may also come back to bite you. Hard

“To every action there is always an equal and opposite reaction.”

So let’s take a look at the most common strategies I see used, misused and abused by organizations to disrupt their competition…

1. Talent Acquisition: pulling key personnel away from a competitor, in an attempt to limit their competitiveness.

Pro: Acquiring great talent in any area of your business is always a good idea (top sales reps, developers, executives, support staff, etc.). And when pulled from your competitor, can limit, or at least disrupt their footing for a period of time.

Con: Pulling top staff from a competitor usually means offering a sweeter, more costly deal. It also opens the door for your competitor to potentially find a new, more creative or hungrier, replacement. Add in non-compete agreements (especially where customers or IP are concerned) and ultimately you may have just overpaid for talent AND given your competitor an opportunity to lower their own operating costs.

2. IP Acquisition: buying patents, or even entire companies, in an effort to keep (or take) the technology away from competitors. For example, during the dot-com boom, larger firms were buying up smaller firms left and right – not just because they needed the technology but to take it out of the market (a great example today would be the recent sell off of Nortel patents, or the likely interest a sell-off of RIM patents would generate).

Pro: By locking up a piece of technology that your competitor may rely upon or leverage in the future (a good example would be buying a smaller firm that resells product through a competitor), you can take away portions of their product/services portfolio.

Con: Buying anything costs money. And who isn’t to say that your competition will, as a result of your action, be forced to rethink their product/service strategy and develop a new one that isn’t more in touch with customer demand? More importantly, companies need to be nimble in today’s market. Technologies change fast, and you don’t want to be left holding outdated product.

3. Flooding the Market: selling products or services well below market price in an effort to take away customers and revenue from your competition (something we see often at the international trade level). Interestingly (thanks to Alan Berkson for this example), we see this all the time in the Cable TV and Mobile sectors, where vendors undercut their competition (through special contract pricing) to win customers that they know they will lose after their 12/24 month contract is up.

Pro: You can’t argue with the value of taking away market share from your competition.

Con: Every time you underprice your product, or give away an extra service, you are taking profit out of your pocket – something that few firms can afford to sustain for any period of time.

4. Supplier Acquisition: controlling the supply of parts, either through exclusive deals or acquisition, to restrict competitor’s access. If everybody in a market relies upon Company X for certain technology, bringing that supplier under your umbrella can force competitors to shift their own strategies (note: this is not the same as developing your own in-house alternatives to parts/components that are universally used within a market, such as Apple building their own chip fabrication facility).

Pro: Controlling the supply of commonly used products in a market can certainly be a competitive strength (imagine if Apple bought Intel…). It can provide (after the cost of acquisition is recouped) lower cost of goods sold.

Con: You buy it, you’re stuck with it. Take something away from somebody and they’ll find a way to engineer something better. Just as nature abhors a vacuum, so do markets. Pull a key component out of a market and somebody will find a way to replace it (with something faster, better, cheaper). Lesson: don’t force your competition to become innovative.

5. Distribution Acquisition: controlling the distribution channels for your product – a great example being the exclusivity agreements that restricted food chains from selling both Coke and Pepsi products.

Pro: If you can prevent your competitor’s product from ever appearing on the shelf, you’ve clearly got an advantage.

6. Legislation/Regulation: pushing the enactment of laws and regulations that favor you, or restrict your competition is a practice as old a government and provides for a thriving lobby economy at the state and federal level. A similar example is the tactic that government contractors employ to “shape” government procurements in such a way that the specifications of the requirement can only be met by their product or service.

Con: Putting aside the issues of potential corruption, laws and regulations are usually enacted in a particular context to address a specific requirement. But laws and regulations rarely go off the books, and all too often they are applied in ways totally unintended. For a great example, check out Wickard v. Filburn and the Agricultural Adjustment Act of 1938 which was intended to stabilize US wheat prices but is now being used to restrict a variety of activities, including the personal growth of medicinal marijuana in states where such use is allowed.

7. Creative Marketing: taking a bit of poetic license when talking about a competitor’s product. In politics, we’d call this a smear campaign.

Pro: Highlighting weaknesses, or shortcomings – especially when documented by others – can be a great way to position your competitor’s product in a dim light.

Con: Nobody likes to be misled or fed partial information, and while spreading Fear, Uncertainty and Doubt is a mainstay part of both business and political culture, in the age of Pervasive Communications, fact checking is available 24×7. Even if your data about a competitor is true, ultimately, the continued use of this approach will be viewed as “dirty politics” and reflect poorly on you, not your competition.

Disruption is a part of nature, and it is no surprise that we see it often in markets. But intentionally trying to create a disruptive strategy carries its share of risk and can take away from the value proposition of a company’s own product and services. In the end, if a company doesn’t focus on their own products and services first, disrupting a competitor won’t add any value as they won’t be in a position to leverage the (often temporary) disruption to their advantage.